A GUIDE FOR INTERNATIONAL APPLICANTS AND STUDENTS

The International Relations Department of the Belarusian State Academy of Arts is a centre for information, communication and coordination on international relations and partnerships with higher education institutions as well as institutions in the spheres of science, culture and art of different countries.

The Department strives to develop, maintain and coordinate the international activity of our undergraduates, master’s degree students, postgraduates and staff, based on the desire to enhance the academic and professional knowledge and skills. The staff of the Department participate in the organization and work of national and international events, conferences and projects.

The Department also offers the advice and support international undergraduates, master’s degree students and postgraduates need while living and studying in Belarus, ensuring they gain the most from their time at BSAA.

The Department has made a significant contribution to the development of cross-cultural motivation, to the formation of transcultural social and professional competences, to the accumulation of cultural experience and to the establishment of a dialogue of cultures, to the creation of a positive international image of the Belarusian State Academy of Arts.

The location of the Academy in the heart of Europe allows it to maintain and actively develop partnerships both in the countries of the European Union and the countries of the CIS, Turkey and China. The exchange of exhibitions, scientific publications, internships for students and staff, lectures and master classes, and other international activities facilitates the growth of mobility and the integration of different cultures. 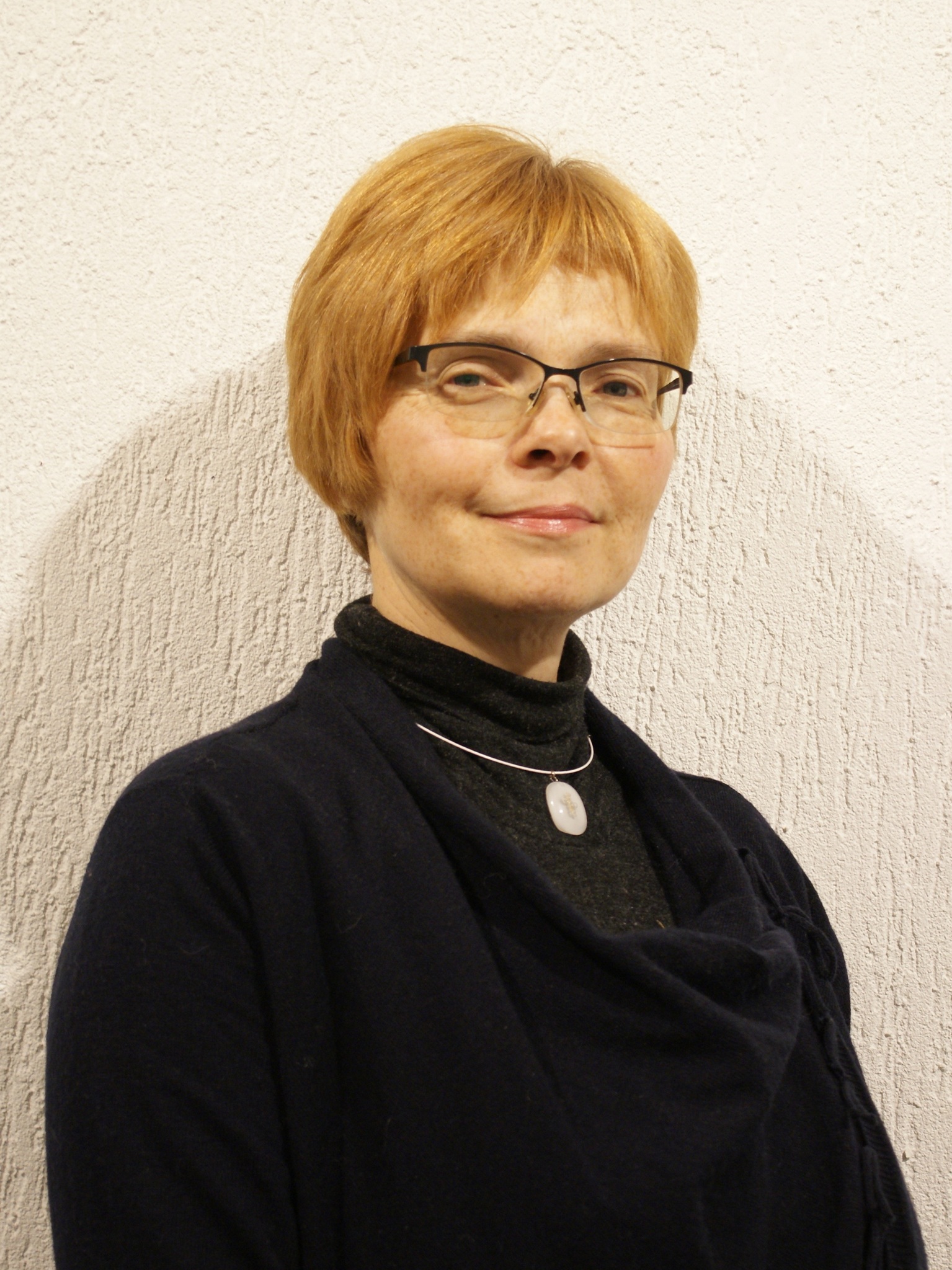 Head of the International Relations Department

PhD in Art History, Associate Professor. Curator of exhibitions and international exhibition projects in Belarus and abroad, head of the creative association “Students’ Centre for Contemporary Art ‘Alla prima’” at BSAA. She studied at the Minsk State Medical Institute (now the Belarusian State Medical University) from 1982 to1986 and graduated with honours from the Minsk State Pedagogical Institute of Foreign Languages (now the Minsk State Linguistic University) with a degree in German Philology in 1992. She worked as an interpreter/translator at the Institute of Radiation Medicine, from 1995 to 2010 as a coordinator of cultural programmes at the Goethe Institute in Minsk at the Embassy of the Federal Republic of Germany in the Republic of Belarus, then she worked as a senior researcher at the Museum of Contemporary Art in Minsk. In 1992, she received an advanced level certificate (C1) in German from the Goethe Institute. From 1997 to 2009, she took a number of courses in contemporary art and in working with the press and the public in Moscow, Munich and Berlin. She did internships in contemporary art in Germany: at the Centre for Contemporary Art and Media Technologies in Karlsruhe (2000), at documenta 11 in Kassel (2002), at the Fifth Berlin Biennale (2008). She has many years of extensive experience of curatorial work in international contemporary art projects. Since 2011, she has been the Head of the International Relations Department at BSAA.She is the author of over 300 publications in Belarus and abroad on contemporary Belarusian and international fine art, including the research monographs “The Exhibition Project in Contemporary Fine Art of Belarus (on the Example of Belarusian-German Exhibition Projects of the 1990s – 2010)” (2013), “Curatorial Activity in the Contemporary Fine Art of Belarus of the Late 20th – Early 21st Centuries” (2020), the book “The Contemporary Art of Belarus of the Late 20th – Early 21st Centuries: A Panorama of Projects and Authors’ Searches” (2020, in collaboration with M.Barazna), the textbook “Methodology for Organizing International Exhibition Projects of Contemporary Art” (2016). Furthermore, she is the author of special courses for the first and second higher education levels “Introduction to Contemporary Art”, “Contemporary Art Practices”, “Fundamentals of the Curator’s Work”, “Curatorial Project”, “Methodology for Organizing Contemporary Art Exhibition Projects”, “Working with the Press and the Public in Contemporary Art Projects”, the training programmes on “Information Technology in Art History”, “Information Technology in Art”, etc. Since 2000, she has been the curator of exhibitions and exhibition projects in Austria, Belarus, Germany, Hungary, Italy, Lithuania, the Russian Federation, Uzbekistan, Croatia, Switzerland, including international thematic exhibition projects “The Illusion of Distances” (2000), “Windows of One City” (2001-2002), “The Illusion of Time” (2004-2005), “The Stop Europe” (2006-2007), “Travel Notes. Europe” (2007-2008), “New Texts” (2017-2018). She was a guest curator from Belarus of the international exhibition project “1989-2009: The Changing World – The Captured Time. Contemporary Photography and Video Art from Russia, Ukraine, Belarus, Georgia, Kazakhstan, Kyrgyzstan, Uzbekistan and Germany” (2009-2010), a guest curator of the project “Belarus: Between Europe and Europe” of the Benetton Foundation, Italy (2016). She also curated a number of BSAA foreign exhibition projects in cooperation with diplomatic missions of the Republic of Belarus abroad: “Messages”, Lithuania (2015), “City | Urbs”, Austria (2015), “On the Way. In Search of the Alphabet”, Germany (2015), “Nonverbal / Verbal”, Italy (2017), “An Ode to Joy”, Austria (2017), “Ad astra”, Poland (2017), “Augmented Reality”, Germany (2018), “The Tape of Time”, Switzerland (2019). 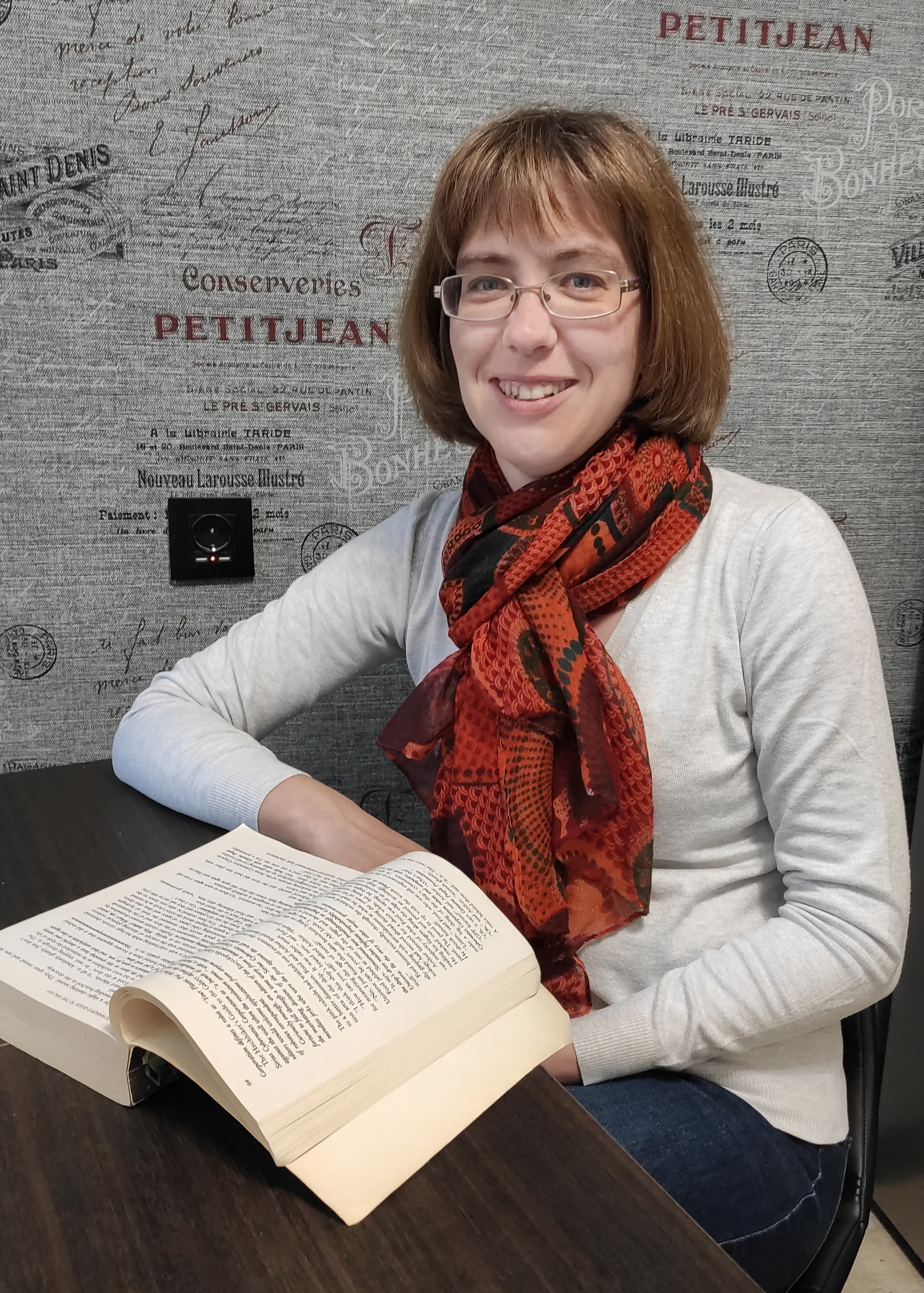 Linguist, teacher, member of the International Association of Teachers of English IATEFL and TED, translator/interpreter. She graduated from the Minsk State Linguistic University, the English Language Faculty with a degree in English Philology in 1999. She has been involved in English language teaching for over 20 years and has extensive experience in teaching both adults and younger learners. Her professional interests include all aspects of teaching and learning foreign languages. In addition to teaching English, she also does translations. 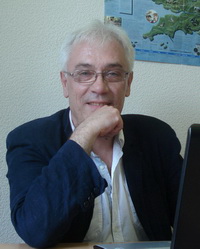 Teacher (general and technical English), translator/interpreter.He graduated from the Minsk State Pedagogical Institute of Foreign Languages (now the Minsk State Linguistic University), the English Language Faculty with a degree in English and German Philology in 1979 and completed his postgraduate programme in General Linguistics at the Institute of Linguistics of the National Academy of Sciences. He has extensive experience in teaching and translating. His main interests in the field include the development of innovative methods and materials for the classroom. He is the author of a number of publications on linguistics and methods of teaching a foreign language, of the coursebook for architecture students “English for Architects”, and the co-author of four technical English textbooks.

She graduated from the Minsk State Linguistic University, the Faculty of Chinese and Chinese Culture in 2020. She is fluent in Chinese and English. In 2018, she did a language internship at the Shanghai Normal University. She teaches at the Belarusian National Technical University.

2018 — he completed the master’s degree in «Theory and methodology of teaching and education in the field of fine arts» (Vitebsk State University named after P. M. Masherov).

2021 — he completed postgraduate study at Belarusian State Academy of Arts.

From 2018 till 2021 he had worked as a specialist in the Department of International Relations of Vitebsk State University named after P. M. Masherov.

Since 2021 he has been working as a specialist in the International Relations Department of Belarusian State Academy of Arts.

Research interests —  Chinese oil painting of the first third of the twentieth century, the history of modern art of China